The absence of menstrual period in women of reproductive age is medically called ‘amenorrhea’. Based on the causes, amenorrhea can either be primary or secondary. The start of menstruation (menarche) varies in different females but if at the age of 16 years, she doesn’t have her first menstrual period (menarche) or if at the age of 14 years, she hasn’t developed any secondary sexual characteristics (like development of breast and pubic hair) and also hasn’t had her first menstrual period, then this is primary amenorrhea. If menstruation ceases for up to 3 months in a woman who has regular menstrual period or for up to 6 months in a woman with irregular periods, then this is secondary amenorrhea. Although this can also be the pattern in women who are nearing menopause. 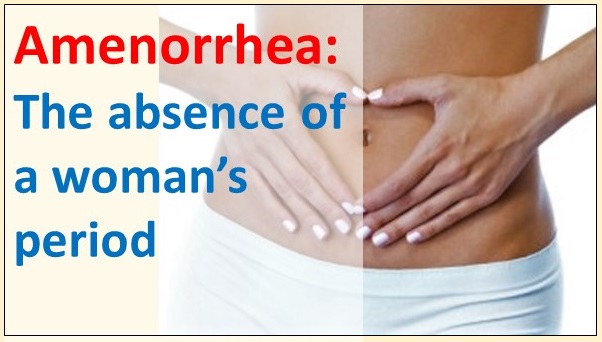 Apart from the absence of menstrual period, other symptoms might include the following, depending on the cause;

A treatment plan for amenorrhea is based on the cause and not in all cases can amenorrhea be treated. In such a case, a patient will be guided on how to cope with the consequences of amenorrhea such as infertility. Surgery might be required to treat malformations and other physical causes. Amenorrhea that is caused by abnormal weight can be treated by change in lifestyle like eating healthy and engaging in less extreme exercise. This is usually effective in women with secondary amenorrhea. Although, some contraceptive pills like those containing only progestogen can cause amenorrhea, there are other contraceptive pills that can help in the return of menstruation (those containing both estrogen and progesterone). If you notice a drug you are using is affecting your menstrual period, seek the advice of your doctor and if you are addicted to the use of certain narcotics, seek help. Estrogen therapy can be administered in cases of low estrogen.

It is advisable to seek medical attention to know the cause of amenorrhea, this way, appropriate care and treatment can be carried out.

SEE HOW STRESS AFFECTS YOUR MENSTRUATION