Can Rat Urine be Dangerous to your Health? 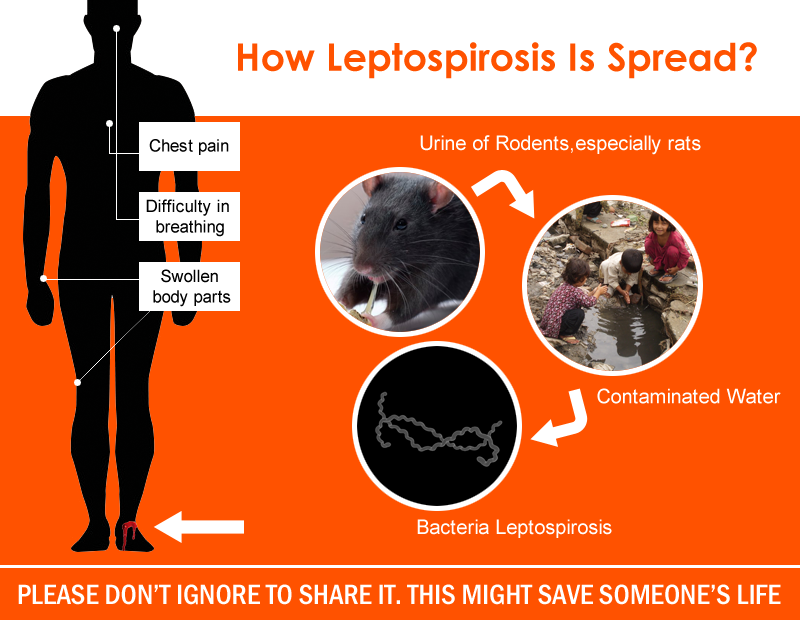 It is a bacterial infection that spread from animals to humans but rarely from man to man. It is a rare medical condition that occurs in 10 in 100,000 people annually. Leptospirosis is caused by a bacterium called- Leptospira interrogans.

The infection spread through the urine of infected animals- dogs, horses, rodents, pigs etc. When the urine or faeces of infected animal come in contact with opened skin (probably from bruise, scratches, cut etc) of a man, the individual will be infected. Generally speaking, people become infected through: 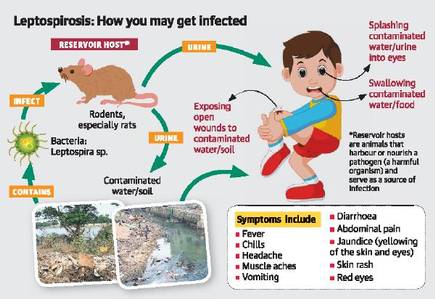 In most cases, leptospirosis is not life-threatening and rarely lasts more than a week. However, about 10% of the cases can have severe form of the disease that will require hospitalization. Symptoms can arise about 2 days to four weeks after exposure to the bacteria.

The following symptoms are seen in the first phase of the disease: high grade fever, chills/ rigor, headache, muscle pain, joint pain, fatigue, sore throat, vomiting, diarrhea, jaundice and reddish eyes. The symptoms listed are constitutional that is they are not only seen or related to leptospirosis. For this reason, high level of suspicion is required to make the right diagnosis.

Some patients do not progress to the second phase of the disease while others briefly recover but relapse with more severe symptoms and organ damage. This second phase is also called Weil’s disease. Symptoms may overlap with the first-phase symptoms in severe disease and include the following:

HOW TO PREVENT LEPTOSPIROSIS

Yes, it is treatable!

Overall, the prognosis of leptospirosis is good. Many people become infected and spontaneously recover without treatment. However, the prognosis worsens as the symptoms increase. People with Weil’s disease or second phase of leptospirosis may have a prognosis ranging from good to poor, depending on their response to treatment. Pregnant women who become infected have a high rate of fetal mortality, especially if they acquire the disease early in pregnancy.

Any Health Issue? Talk to a Doctor
Post Views: 259
Tags:leptospirosisRat
previousWhen Feelings Get in Between Therapists and Clients
nextShingles: Can you have Chickenpox Twice?
Home
Blog Home
Browse Categories
Talk to a Doctor