Enough with the Tics! (Tourette Syndrome) 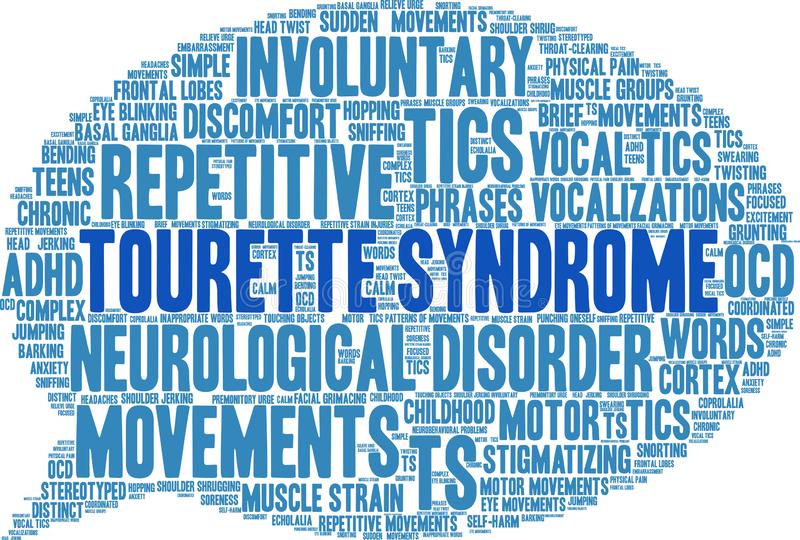 Tourette syndrome (TS) also known as Gilles de la Tourette syndrome (GTS) is a common neurodevelopmental disorder characterized by abnormal movements and vocalizations. It typically begins before the age of 18 and lasts for more than a year without any other attributable medical causes. More common in males than in females, it is characterized by repetitive movements that start as simple abnormal movement of one or more muscles resulting in actions like eye blinking or rolling, neck twitching, limb movements.

The movements become more complex involving more than one muscle group resulting in actions like hitting, jumping, shaking which may appear somewhat intentional. It is also characterized by abnormal vocalization sounds that can be simple or complex. Simple, consisting of sounds like grunting, coughing, blowing, or sucking. The complex sounds can be from socially inappropriate words, phrases (coprolalia) or gestures (copropraxia). 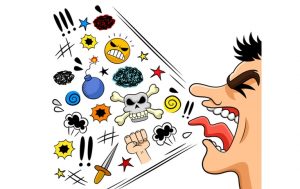 These abnormal, repeated movements and vocalizations are sudden and are called “tics”. They can be preceded by a premonitory urge and are involuntary, so even though affected individuals may not want to, their bodies just do them anyway. Sometimes people can attempt to stifle certain tics, but it is difficult and eventually has to be done.

It is a genetic disorder considered less common among the sub- Saharan Africa, African- American, and American- Hispanic populations. This may be due in part to its true rarity or low level of identification. It is more prominent in childhood and usually improves but does not disappear with age so a minority of affected individuals can have severe tics persisting into adulthood.

There is no specific test for diagnosis of TS, no cure, and no single most effective medication for its management. Because most cases are usually mild, behavioural therapy is the first line in management. Newly diagnosed patients and their families should first be educated for reassurance and better understanding of the nature and course of the disease. They should know about the waxing and waning nature of the disease, available treatment options and side effects, potential remission, etc. Pharmacotherapy (medications) can also be used to manage tics and other associated disorders. These medications are effective but also carry risks of their own such as repetitive jerking movements of the face, neck and tongue (tardive dyskinesia), metabolic syndrome, etc. 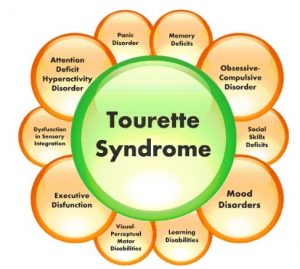 Associated or co- occurring behavioural and psychiatric conditions like depression, conduct and personality disorders, obsessive compulsive disorder, attention deficit hyperactivity disorder, and autistic spectrum disorder can worsen the overall disability and negatively impact quality of life. So individually tailored treatment is advised to address the tics and other coexisting psychopathologies associated with TS.

In all, TS may be on the severe end of tic disorders, but it does not affect intelligence or lifespan. Also, a child who is teased, constantly bullied for their symptoms is less likely to thrive and the perceived severity of the tics might be more than the actual severity of the tics. In the end such a child, in addition to TS and its likely coexisting conditions will also have to contend with long lasting ripple effects of low self esteem, reduced socio- economic choices and opportunities.