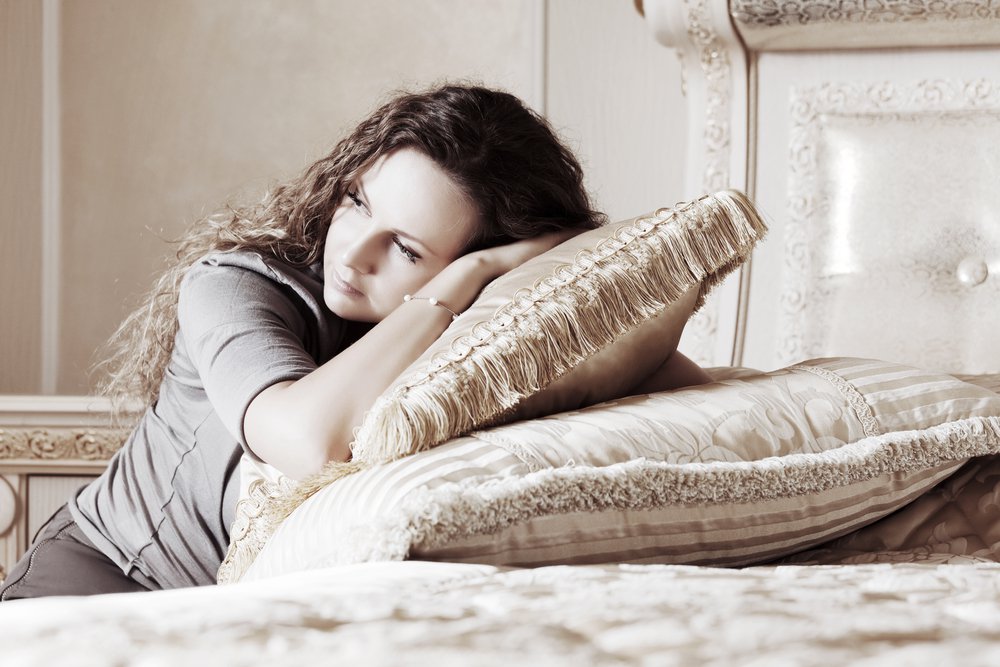 There are a variety of reasons for bleeding during the second and third trimesters of pregnancy, some of which are relatively harmless, and some with more serious implications to mom and baby. Any bleeding should be addressed with your obstetrician.

One of the more benign reasons for bleeding at any time during pregnancy is minor trauma to the cervix or vagina, typically manifesting in painless spotting without heavy bleeding. This occurs because the cervical and vaginal tissues tend to be more sensitive during pregnancy, and small tears of the tissue can happen after such things as intercourse, vaginal ultrasounds, or cervical exams. If it is a small amount and self-limited, it is rarely a cause for concern. Your physician may recommend that you avoid intercourse or placing anything in the vagina for several days until the spotting stops.

When spotting or bleeding is accompanied by contractions or cramping, it can be an indication of cervical dilation and labor. While this can be normal at term, you should notify your practitioner as soon as possible if contractions are persistent and frequent or you have more than spotting, as you may be progressing in your labor.

If you are preterm, your doctor will evaluate you for signs of preterm labor, which may include checking for cervical dilation or shortening of the cervix, and monitoring for uterine contractions. You may also have a test called a fetal fibronectin test, which helps to evaluate your risk for a preterm delivery.

Two of the more concerning reasons for bleeding in the second and third trimesters are placenta previa and placental abruption.

Placenta previa is a complication of pregnancy in which the placenta lies over the cervix, instead of along one of the uterine walls. It is often diagnosed during a routine ultrasound, but may also present with vaginal bleeding. This bleeding may be painless or accompanied by cramps, and can be light or heavy. If vaginal bleeding is heavy or you know that you have a placenta previa, you should notify your doctor or go to an emergency room immediately. One of the first things your doctor will do is confirm where the placenta is based on a prior ultrasound, or do an ultrasound at that time to evaluate the placenta. If you have a placenta previa, your doctor will likely advise you to abstain from intercourse or placing anything in the vagina, and may also recommend against heavy lifting or intense exercise or activity. Women with placenta previa that does not resolve by time for delivery will deliver by Csection.

Placental abruption occurs when the placenta begins to separate from the wall of the uterus prematurely (prior to delivery of the baby). This can cause bleeding as well as severe abdominal pain or prolonged contractions, and can necessitate immediate delivery, depending on the amount of separation. If your doctor is concerned about an abruption, he or she will want to evaluate your baby’s heart rate, your contractions, and the amount of bleeding you are having as soon as possible. If you are experiencing severe abdominal pain with or without bleeding, you should seek medical attention immediately.

In addition to vaginal bleeding, bleeding during pregnancy can also come from the urinary tract, such as with urinary tract infections or kidney stones, or the GI tract, due to conditions such as hemorrhoids. This type of bleeding should also be discussed with your practitioner, who may refer you to a different specialist for further evaluation.

If you pass clots or clumps from the vagina, try to save the tissue in a jar or plastic bag to give to the doctor for analysis. They may then determine the cause of the problem.

There are four types of miscarriage.

If a miscarriage has been threatened, there was bleeding before 20 weeks of pregnancy with no cervical dilatation and no expulsion of any of the fetal parts.

If a miscarriage is inevitable, there was bleeding through the vagina and no expulsion of any of the fetal parts.

If a miscarriage has been completed, there was complete expulsion of fetal parts from your body.

If a miscarriage has happened incompletely, there was partial expulsion of the fetal parts before 20 weeks. In the case of incomplete miscarriages, the next step may be to allow the remaining products of pregnancy to pass naturally or perform a dilation and curettage.

Note: If you have miscarried before and notice bleeding or cramping, you should seek emergency medical attention.

When to call your doctor

Dr. Adeyemo Olusola is a medical graduate of Olabisi Onabanjo University, Ogun State, Nigeria with certificate in advanced diploma in Principles of Nutrition, Management and Leadership, Dublin and Certificate in Global Health from London School of Hygiene and Tropical Medicine. He is an avid reader of books from different oasis of life, expert in Medical Statistics; an award winner at both local and international level. "So many a time, I have seen people died avoidable death because of lack of knowledge or information leaving them all to fate. A healthy society cannot be detached from informed one hence need to establish healthgist.net. We hope you'll have a wonderful stay on our site."