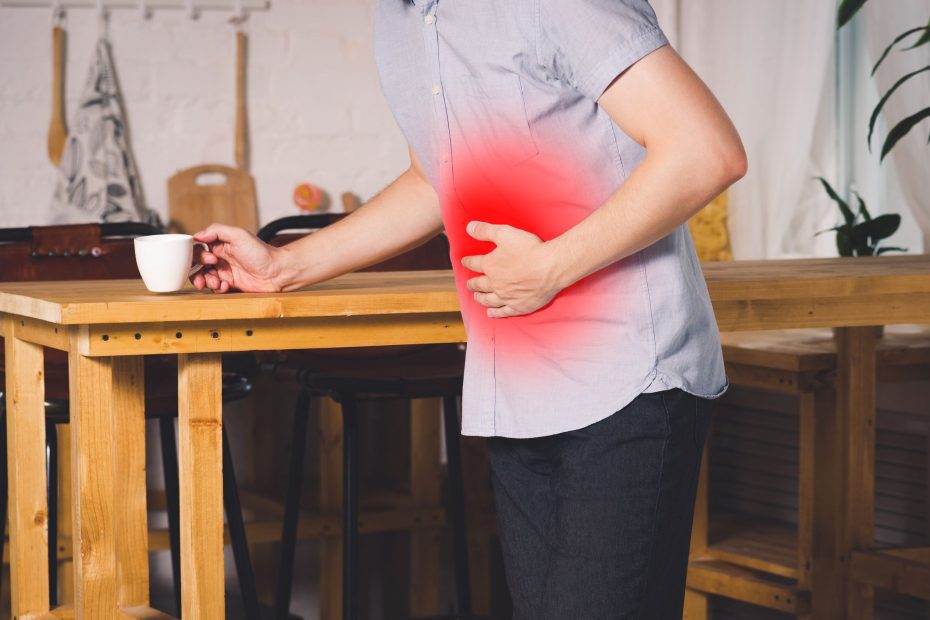 Causes of Peptic Ulcer
The Stomach is protected by a mucosa lining which can be ulcerated by different factors which include;
Breakdown of the Protective Layer of the Stomach and the Duodenum: The protective layer in the stomach comprises mucus and bicarbonate which are both secreted by the mucosa of the stomach. The breakdown of the mucosa layer can be caused by:
1. Medications such as Steroids and NSAIDs eg diclofenac, piroxicam etc

2. Helicobacter pylori- a bacterium that eats up the mucosa membrane of the stomach. This is the major cause of peptic ulcer in humans.

Another erroneous believe about peptic ulcer diseases is that ulcers develop when one does not eat well and as due. As such, people who believe they feed well and as due disclaim any symptoms of ulcer they may be presenting with. “I eat well, so ulcer cannot affect me.”
Myth: Ulcer is caused by malnutrition.
Fact: Peptic ulcer is NOT caused by malnutrition and does not only affect people that are underfed.
In fact, peptic ulcer is majorly caused by  bacteria known as Helicobacter pylori.

The Major Presenting Symptoms of Peptic Ulcer include:
Dyspepsia
Epigastric pain /discomfort
Nausea and vomiting
Haematemesis also known as coffee ground vomiting (blackish or reddish-brown vomit which is caused by the presence of digested blood in the vomit).

Management
Peptic ulcers are diagnosed by abdominal scans also known as Endoscopy, during which a rapid urease test is done to check for the H. pylori bacteria.
Biopsy should be considered during endoscopy to exclude malignancy, as cancers could look similar to ulcers during the procedure.
Your health care provider will proffer a good treatment plan for you after conducting the test.