GENOTYPE ALONE SHOULD NOT BE YOUR CONCERN 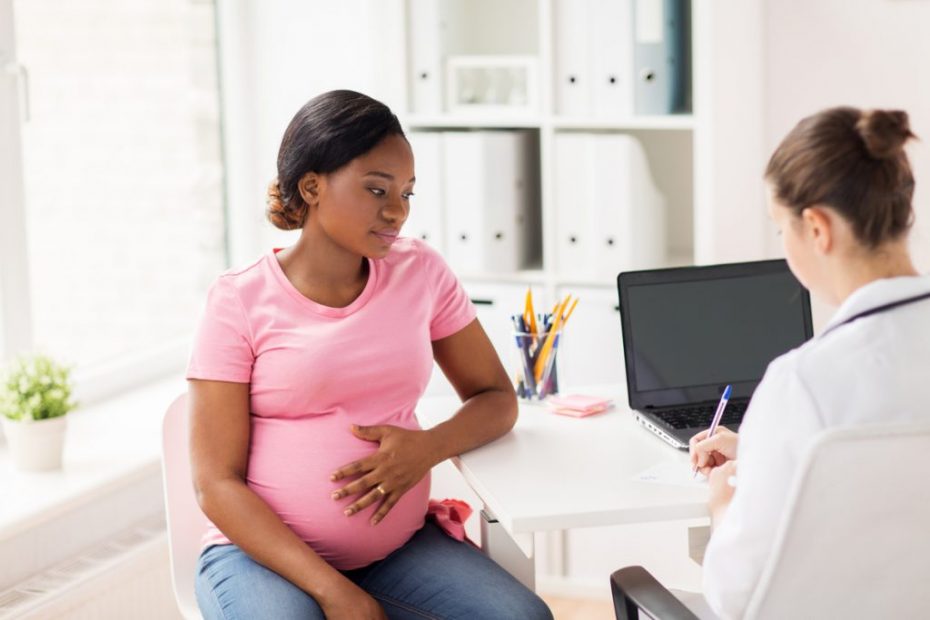 Modernization has helped create more awareness on the rhesus compatibility of mother and child. Considering the case study of a woman who after giving birth to a normal healthy baby and suffered a period of infertility for ten years afterword. Then she had a stillborn after those years and then after conceiving the third time, gave birth to a baby with anemia and jaundice which led to the baby’s death.

In the past, she would have been labelled as bad luck and barren. People may even go as far as calling her a witch who used all her children especially in the African setting. But all thanks to modern medicine, cases like these can be prevented.

Blood group system and compatibility
Not everyone has the same blood group and even as a pregnant mother your blood group could differ from that of your child. Along with the A-B-O system of classifying blood, Rhesus blood type must also be taken into consideration in all blood transfusions.

Although there are six Rhesus blood types, D, C, E, d, c and e, it is the type D that is most prevalent. Anyone with this type is said to be Rhesus positive (+) and anyone without it is Rhesus negative (-). So for example, someone’s blood type may be O+ or O-, A+ or A- etc. Most people are Rhesus positive. In blood transfusions, if a Rhesus negative individual receives a Rhesus positive blood for the first time, their immune system would build up anti-Rh antibodies and subsequent transfusions can lead to severe transfusion reactions but this does not happen if an Rh positive individual receives Rh negative blood transfusion. The same goes for an Rh negative woman pregnant with a child who has inherited the Rh positive blood type from the father. 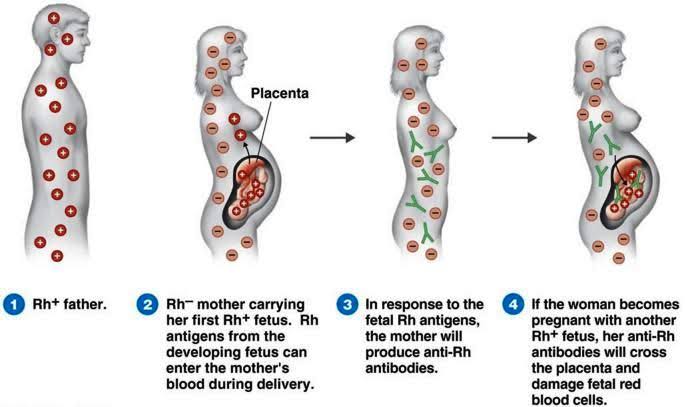 As seen with the case study above, usually during the first pregnancy, nothing happens to the baby as little blood is exchanged between mother and fetus during pregnancy. But on delivery, much of the baby’s blood mixes with the mother’s own and as with the case with blood transfusion, her body system builds up immunity against the Rh factor from her baby and when she has a second pregnancy with a Rh positive child, since she has immunity against the Rh factor, her body sees the child as a foreign body and so these Rh antibodies from the mother diffuses slowly into the fetus blood as an immune response thereby destroying the blood cells of the fetus with the release of bilirubin which then causes jaundice. Sometimes the baby may be delivered as a stillborn and if born alive, the baby would have serious complications from low red blood cells and could die if a blood transfusion is not done within a short time.

What then can be done as an Rh negative mother?
In the past, a mother could keep on worrying about having stillbirths or children who die at birth, but in our modern age, there is nothing to worry about. With modern medicine, even health risks such as STDs that can be transferred from mother to child can be prevented.

If your blood type is Rh negative, once you have your first pregnancy, your obstetrician will require that you go for blood typing and Rh factor screening test on your first antenatal visit.

Screening to check if you have developed any antibodies will be done during your first trimester, at 28 weeks of pregnancy and before delivery. If the antibody levels are too high, the unborn baby would need a blood transfusion. The transfusion can be done immediately after birth too. Though in most cases, the mother does not develop antibodies until after the birth of the first child.

An injection of Rh immunoglobulin globin (an anti-D antibody) e.g. Rhogam would be given during 28 to 34 weeks of pregnancy and immediately after birth. This destroys any Rh positive blood cells that has been transferred from the fetus to mother so the mother does not develop Rh antibodies. Even if the baby was not carried to term, the injection will still be administered so as to prevent immune reactions to future pregnancies.

What if injection of anti-D immunoglobulin is not given?
In a case whereby the anti-D injection is not given, the first Rh positive child of an Rh negative mother may not be affected as little of the fetal blood mixes with the mother’s before delivery. But on delivery as more of the fetal blood mixes with the mother’s blood, the mother develops antibodies against the blood cells. This immune response may not affect the mother as the ratio of mother to fetus blood is high. But the antibodies developed will fight against the blood cells of the next baby conceived this results in a condition called erythroblastosis fetalis in the baby also known as Hemolytic disease of the newborn.

It is a condition whereby the red blood cells of the new born are destroyed by the antibodies from the mother thereby releasing hemoglobin into the baby’s blood. The hemoglobin is then converted to bilirubin which causes the baby to develop jaundice. The baby is usually anemic at birth. In severe cases the baby might die at birth or before birth. The liver and spleen which are the organs that produce blood in infants try to produce more blood to replace the ones destroyed and as a result they (liver and spleen) become larger. Some infants survive but may have permanent mental damage, a condition called kernicterus.

Can erythroblastosis fetalis be treated?
The answer is yes. This can be done by blood transfusion. The baby’s Rh positive blood is replaced with Rh negative blood; this can be done even when the baby is still in the womb. This process is repeated over several weeks.