THIS IS MY STORY! MY EXPERIENCE ON FIBROIDS- PART 1

I remember the story of one of my neighbours, Miss Oby. Miss Oby teaches laboratory science technology in one of the leading Colleges of Education in the state. When we met she was in her late-20s. From her teenage years, she had always noticed this firm swelling in her abdomen, somewhere below her navel.

It was initially small such that she only felt it when she pressed on her abdomen. After a while it increased in size and became visible, she also noticed that her menstrual flow was becoming heavier than normal, at times, she would even pass blood clots out. Apart from these no other symptoms bothered her. 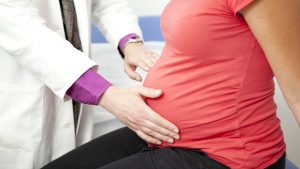 (Photo by: Media for Medical/UIG via Getty Images)

Later people began to assume that she was pregnant. This was when she decided to take action, she consulted a friend of hers who was a nurse, she suggested that it might be uterine fibroid and urged her to see a doctor. She initially declined after learning that surgery was a possibility, she visited an ‘experienced’ neighbor who told her about some herbal concoction that will make the mass disappear within a week. After using the herbal medication without seeing any changes and suffering some adverse effects she decided to visit the hospital.

Uterine Leiomyoma/leiomyomata also called uterine fibroid are benign (non-cancerous) growths of the cells of the muscular layer of the uterus (womb) which occur in women of child-bearing ages(i.e. 15-49 years). They very rarely develop into cancers. They can range in size from very tiny seedlings, almost unnoticeable to the naked eyes, to huge, bulky masses that can distort and enlarge the uterus.

Also, they could be single or multiple. Some women have fibroid and never get to know all their lives, discovering them incidentally on routine pelvic scans , or during a pelvic exam.

The exact cause of uterine fibroid is unknown, but following are some contributory factors.

Hormones: Oestrogen and progesterone appear to play a role in the growth of fibroid. These chemicals produces by the body help in the development of the inner lining during each menstrual cycle. The cells in fibroid have more receptors i.e. are more sensitive to these hormones than normal cells.

Other growth factors: substance that help the body maintain and grow tissues like the insulin-like growth factors, may affect fibroid growth. Extra-cellular matrix(ECM) is increased in fibroid and makes the tissues fibrous. ECM is the material that makes cells stick together.

Next week, we will be talking about the risk factors that could have made Miss Oby at risk for fibroid, the symptoms expressed and well as tests and investigations involved in making the diagnosis of Uterine fibroid. See you then!

When I talk about oil, I get asked if Sunflower oil, Canola oil, Sunola oil, and so on are healthy. In this article, I’m going to classify all of them as vegetable oil and compare them with olive oil.

When I talk about oil, I get asked if Sunflower oil, Canola oil, Sunola oil, and so on are healthy. In this article, I’m going to classify all of them as vege