THINGS YOU NEED TO KNOW ABOUT ASPIRIN 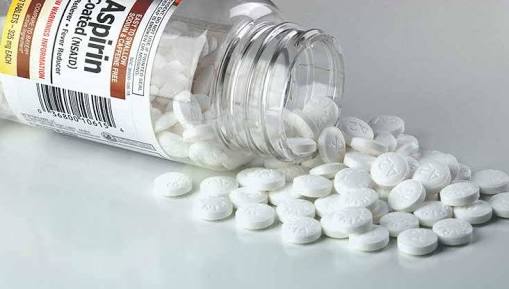 Aspirin is a commonly sold over-the-counter medication that relieves pain and fever. It is also commonly used as an anti-inflammatory or a blood thinner.
Individuals can purchase aspirin without a prescription. Everyday applications include headache relief, swelling reduction and fever reduction.
Taken daily, in people at high risk, aspirin can reduce the risk of cardiovascular attacks, such as a heart attack or a stroke. This is because of the action of aspirin as a blood thinner preventing the formation of blood clots within the blood vessels.

WHY DO PEOPLE USE ASPIRIN?

Aspirin is used in conditions such as muscle aches, toothaches, common cold and headaches to minimize fever and alleviate mild to moderate pain. In conditions like arthritis, it can also be used to decrease pain and swelling.
Aspirin is a salicylate and belongs to the class of non-steroidal anti-inflammatory drugs {NSAID}. Aspirin is generally not used in children less than 12 years because of a specific life threatening complication known as Reye syndrome.

SIFE EFFECT OF ASPIRIN
Aspirin allergy is relatively common and this can present with symptoms such as hives, difficult breathing, swelling of the ears, mouth, tongue, or throat, cough, wheezing and so on.

If you notice any of the symptoms or side effects above on commencement of aspirin, inform your doctor immediately.

previousTHINGS YOU SHOULD KNOW ABOUT INDIGESTION
nextWHAT ARE YOUR FINGERNAILS SAYING ABOUT YOUR HEALTH?
Home
Blog Home
Browse Categories
Talk to a Doctor