EFFECTS OF IODINE DEFICIENCY ON PREGNANCY 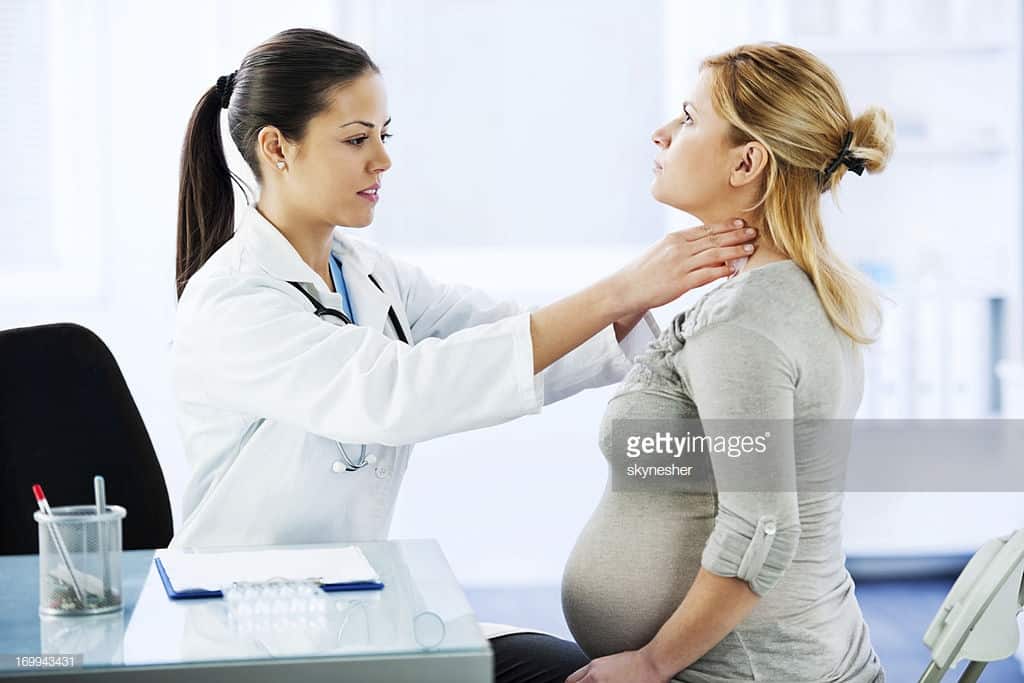 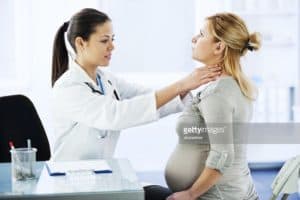 Iodine is an element that is needed for the production of thyroid hormone in your body. If you do not have enough iodine in your body, you cannot make enough thyroid hormone. Thus, iodine deficiency can lead to enlargement of the thyroid, hypothyroidism and to intellectual disabilities in infants and children whose mothers were iodine deficient during pregnancy. Iodine helps in normal thyroid function which helps to control basic metabolism in the body, regulate energy and heat production, regulate body weight, controls brain function and affect intelligence.

EFFECT OF IODINE DEFICIENCY IN PREGNANCY

The most important biological role played by thyroxin is in the early foetal stage of life. It ensures the growth, differentiation and maturation of different organs of the body, and particularly the brain. Iodine deficiency has been identified as the world’s major cause of preventable mental retardation. Its severity can vary from mild intellectual blunting to frank cretinism, a condition that includes gross mental retardation, deaf-mutism, short stature and various other defects. In areas of severe iodine deficiency, the majority of individuals risk some degree of mental impairment. The damage to the developing brain results in individuals poorly equipped to fight disease, learn, work effectively, or reproduce satisfactorily. The spectrum of disorders caused due to iodine deficiency affects all the stages of life, from foetus to adult age.

If pregnant women’s diets do not contain adequate iodine, the foetus cannot produce enough thyroxin and foetal growth is retarded. Hypothyroid foetuses often perish in the womb and many infants die within a week of birth. The current data on the embryology of the brain suggest that the critical time for the effect of iodine deficiency is mid the second trimester i.e. 14–18 weeks of pregnancy. At this time, neurons of the cerebral cortex and basal ganglia are formed. It is also the time of formation of the cochlea (10–18 weeks), which is also severely effected in endemic cretinism. A deficit in iodine or thyroid hormones occurring during this critical period of life results in the slowing down of the metabolic activities of all the cells of the foetus and irreversible alterations in the development of brain. The growth and differentiation of the central nervous system are closely related to the presence of iodine and thyroid hormones.

Female doctor doing a medical examination. The focus is on the young pregnant woman being examined for anterior neck swelling.

Hypothyroid children are intellectually subnormal and may also suffer physical impairment. They lack the aptitudes of normal children of similar age, and are often incapable of completing school. Studies have documented that in areas with an incidence of mild to moderate IDD, IQs of school children are, on average, 10 –12 points below those of children living in areas where there is no iodine deficiency.

There are no tests to confirm if you have enough iodine in your body. When iodine deficiency is seen in an entire population, it is best managed by ensuring that common foods that people eat contain sufficient levels of iodine. Since even mild deficiency during pregnancy can have effects on delivery and the developing baby, all pregnant and breastfeeding women should take a multivitamin containing at least 150 μg iodine per day.

Iodine is found in various foods like strawberry, spinach, iodized salt, egg, cheese, yogurt etc. The body does not make iodine, so it is an essential part of your diet.