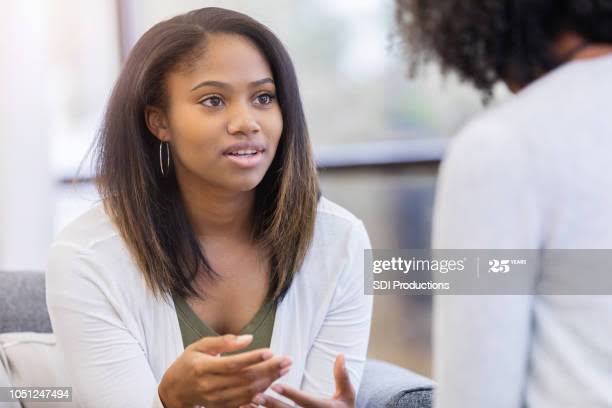 Mrs Dupe is a 35 year old mother of 3 whose husband was arrested by the SARS for allegedly buying a stolen phone. He died in police custody where he was allegedly been tortured. The official explanation was that he was shot while trying to escape. But her late husband was a gentleman and a pastor who would never try to run from the police. She cried herself to sleep for most nights, over the past 3 months. She still had nightmares of his lifeless body.

She has become very fearful and jumpy at the sight of any policeman …especially if he carried a gun. It has become so bad that she now dreads going out of the house completely. She only manages to take the children to the neighbourhood school and pick them up. She had lost her soul mate, husband, breadwinner and father of her children….over a stolen phone she was sure he had no knowledge about.

Chukwu is a 21 year old undergraduate who has been at home for several months now, on account of the ongoing ASUU strike and COVID-19 school closures. He has been severally stopped by SARS policemen because he often carried a backpack with his laptop. They frequently ask him to open the laptop and show them what was inside. They also went through his phone. He had become used to it, but he dislikes that it makes him feel like a criminal when he was not one.

He has stopped going out with a phone or laptop yet he suffers a lot of anxiety whenever he sees a policeman.

Thus, he was very active in the #ENDSARS protests. Until yesterday, when the police opened fire and he was hit. Luckily, he is alive and recovering well at a nearby hospital. He remains in shock at how close he came to being killed. He has just been staring into space and has not spoken to anyone. The doctors feel that he is having an acute stress reaction.

Sunday is a decent policeman who tries his best to be fair and to improve the men and officers under his command as a DPO. His police station was sacked by an irate mob who destroyed everything in sight.

He and his men, managed to escape by jumping over the fence into the next compound where they were sheltered. He never believed that the community he and his men were committed to securing and protecting, could turn so violently against them.

He sent a message to his pregnant wife that he was fine and not harmed. He acknowledges that there are indeed, bad eggs in the Force that needed to be flushed out. But then, which organization does not have bad eggs?

Meanwhile, he and his men were the good guys here. How can they all become targets of angry mobs when all he and his men ever wanted was to simply do their job? He knew his wife was going to be worried sick. He was also fearful and worried, to be honest. But he has to put on a brave face for the sake of his wife as well as the men under his command.

Segun has been actively coordinating the twitter and other social media handles of the #ENDSARS campaign. His phone rings all through the day and night and he has hardly slept for more than 4 hours a day over the past 3 weeks. He is physically and emotionally exhausted but there was work to do and he had to be there.

He is disheartened at the violence and shootings and traumatized by the memories of the condolence visit they paid to the elderly parents of a young man felled by police bullets. He has become anxious, irritable and is almost becoming a nervous wreck. But this has to be sustained to a logical conclusion. He has to stay strong.

Mental Health Consequences
The emotional consequences of the protests on everyone is enormous: ranging from the street trader who has not made sales, to the brave young men and women who are defying the odds to ensure their voices count for something. From the policeman who sincerely wishes for reforms and improved working conditions for himself and other policemen -towards ensuring a more humane police force, to the postgraduate student who missed his international flight due to street barricades, and so on.

Anxiety, worry, fear, panic, acute stress disorder, sleep problems, depression and intense grief over loss of loved ones are common emotional consequences. Others include emotional exhaustion and burn out among the protesters, due to overwhelming stress; as well as post traumatic stress disorder.

The emotional wellbeing of all citizens, from angry protesters to those who have suffered injuries and loss of loved ones, to policemen who are scared to put on their uniforms…everyone is negatively impacted.

We hope the government responds positively to these agitations, and that everyone in distress, receives the emotional help they may need. Several Mental Health NGOs are offering free services, such as the Asido Foundation Helpline, which is available to provide psycho-social support (for free) via 0902 8080 416.

Post Views: 128
previous🎯ENDSARS and Your Emotional Wellbeing
nextA BABY IN THE PAN. WHO IS TO BLAME?
Home
Blog Home
Browse Categories
Talk to a Doctor