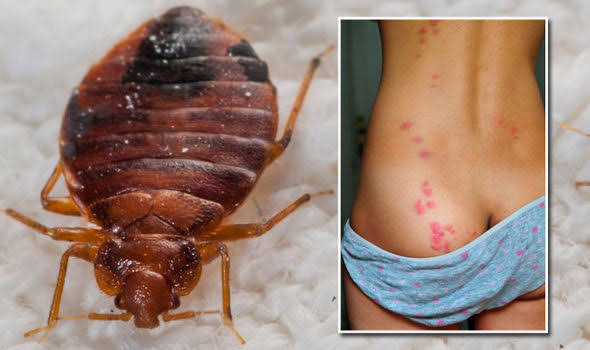 Bed bugs are a type of insect that feeds on human blood, usually at night.

Due to their profound dependence on human beings to survive, they use their naturally-deviced mechanism in getting their warm-blooded hosts. They feed on their host(s) by responding to the warmth from the carbon dioxide emitted by their host(s). For the feeding to take place, the skin host is penetrated through their mouth parts and inject a salivary fluid which contains anticoagulant to help obtain blood.

Since bed bugs are known to be insects that feed on human blood, they are usually found in homes, offices and public places.

These pests are mostly found in the cravings of items used by people which may include bed seam, furniture and other items.
Bed bugs do not in any way discriminate where to infest. As they can be found in beautifully-built houses so can they surface in poorly-constructed ones. They do not discriminate where to stay, that is why bed bugs’ infestation could not be pinned down to home cleanliness or lifestyles.

Nonetheless, it is no use turning a blind eye to the embarrassment the infestation can cause. Several studies have been carried out and no single infection has ever been traced to the pests leaving the usual effects to just insomnia (sleeplessness), anxiety, emotional distress, fear, stress, anemia (loss of blood) which is common among children and paranoia as the case may be.
However, the way people react to their bites differs. Some are allergic to them while others are not. The allergies could be inflammation and redness of the skin which are preempted by itches.

HOW TO TACKLE BED BUGS’ INFESTATION

The most effective measure is to eliminate them at the very early stage because if they are not controlled early, they begin to constitute nuisance.
In case of secondhand furniture, insecticide should be well sprayed for their elimination.
Failure to do these may lead to a home hijack and You will always be the victim.

Words from healthgist.net
In case of severe inflammation characterised with itching and redness of the skin, medical experts should be consulted for drug prescription.