WHY HEART-BURN AND BITTER TASTE? 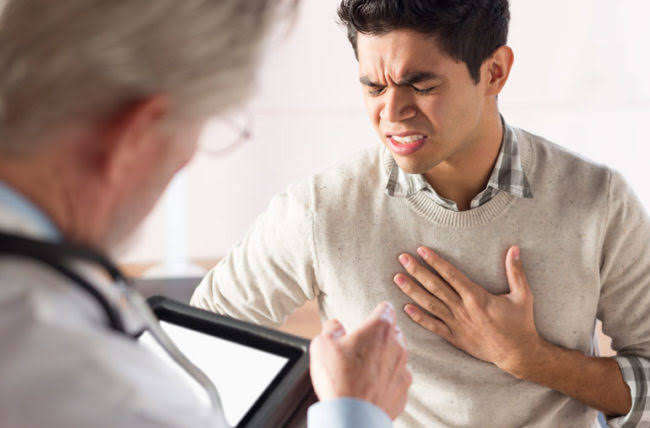 Symptoms
The most common symptom is a burning sensation in the chest (heartburn) especially after eating. Other symptoms include;
– Difficulty swallowing(sometimes, you might feel like there is a lump in your throat)
– Nausea
– Chronic cough
– Chest pain
– Bad breath
– Respiratory problems
– Excess salivation
– Persistent reflux of the acidic contents of the stomach into the mouth can affect the teeth by causing erosion ( wearing away) of the enamel and bitter taste
– In babies, constant vomiting after meals, burping and refusal of food are possible symptoms.

GERD if managed well is no cause for alarm but long term poorly managed GERD can lead to complications such as;

Barrett’s esophagus – an abnormal change in the arrangement and morphology of cells around the gastroesophageal sphincter due to reflux of acidic contents of the stomach. This condition can be a precursor of cancer of the esophagus.

Esophagitis– inflammation of the esophagus

Esophageal ulcer – the presence of sores in the esophagus

The following can increase the risk of developing GERD;
– Pregnancy
– Obesity
– Smoking
– Hiatal hernia- a condition whereby part of the stomach protrudes into the thorax (chest) through the diaphragm ( a muscular organ that separates the abdomen from the thorax)
– Eating heavy meals especially before sleeping
– Use of certain medications like non-steroidal anti-inflammatory drugs (NSAIDs) e.g. diclofenac and ibuprofen. NSAIDs are a group of medications used to provide relief from pain, fever and inflammation
– Fatty/ fried foods
– Drinks such as coffee and alcohol.

– Antacids can help to relief the heartburn. Seek medical attention if antacids do not provide relief as long term use can result in other complications.
– If you have symptoms of GERD, avoid fatty/fried foods and alcoholic or caffeinated drinks and other food types that you notice increases the symptoms
– Elevating the head and shoulders while lying down can help to control acid reflux
– Avoid eating late at night and/or laying down immediately after eating
– Proton inhibitors such as Omeprazole can help to inhibit the enzyme required for acid production in the stomach
– Surgery might be required in very severe cases