MUSCULAR DYSTROPHY: A SPECTRUM OF DISORDERS YOU MOST LIKELY HAVEN’T SEEN BEFORE 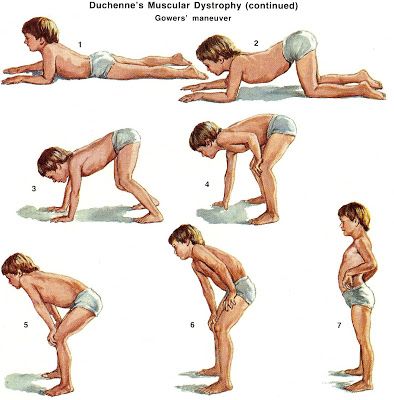 Our muscles play a vital role in carrying out our daily activities. Any abnormality with them can greatly affect those activities depending on how severe the abnormality is. Among such abnormality is muscular dystrophy, a rare condition that generally leads to wasting of the muscles which this article would be dwelling on.

WHAT IS MUSCULAR DYSTROPHY?
The word “dystrophy” is from the Greek words dys, meaning “difficult” and troph meaning “nourish”. Therefore, Muscular dystrophy is a group of inherited muscular disorders that leads to weakening of the voluntary muscles (skeletal muscles) and generally causes wasting of the muscles affected due to inadequate or defective nutrient supply.

WHAT CAUSES MUSCULAR DYSTROPHY?
Muscular dystrophy is mostly caused by a mutation in the protein dystrophin which is needed to build and develop healthy muscles. Dystrophin helps in mechanical stability and also regulates skeletal calcium levels. This mutation causes changes in the muscle fibres that are involved in the muscles ability to function and so progressively leads to disability. Muscular dystrophy is genetically inherited and the pattern of inheritance varies according to the type of muscular dystrophy. It could be inherited as a recessive or dominant X linked disorder. This is a major reason why it is more common in males. This is because the gene for dystrophin is located on the X chromosome. Since a female has two X chromosomes (two dystrophin genes), the mutation could be recessive in females. It should be noted that there is another X chromosome which might be without the mutation (this Gene may or may not be passed on to her offspring depending on which of the X chromosome is passed on to form XY of male sex ). However, it is important to note that some studies have shown that females with just one mutated Gene can exhibit symptoms of muscular dystrophy. Meanwhile in males, the sex chromosomes are XY chromosomes so inheriting a mutated X chromosome would lead to pronounced defects and the individual starts to develop the symptoms soon after birth. Also, muscular dystrophy could be due to an error that occurs during replication of the DNA sequence coding for the protein, dystrophin.

This is the most common type. It develops at childhood and generally affects boys but studied have shown that females who are carriers might also have milder symptoms. The symptoms becomes clinically evident at age 3 or when the child starts walking and generally the patient loses the ability to walk at the age of 12. The symptoms may include:

Difficulty in breathing and swallowing. Heart weakness could happen at the latter stage.

Fa-cio-sca-pu-lo-hu-me-ral muscular dystrophy
It affects both male and female although less severe in females. It usually affects the facial, hip and shoulder muscles. It usually starts during teenage years but could occur during childhood or late adulthood. Symptoms includes:

Oculopharyngeal muscular dystrophy
It occurs in adulthood around the ages of 40-70 years. It results in weakness of the muscles of the face, eyelids and neck. Symptoms are:

Distal muscular dystrophy
It is also called distal myopathy. The onset could be as early as age 20 but symptoms usually starts between ages 40-60. The progress of the defect is slow and it affects muscles of the forearm, hands, legs and feet. Symptoms are:

Emery-Dreifuss muscular dystrophy
It is characterized by muscle weakness and shrinking of the upper arm and lower leg. It affects more males than females and usually begins around childhood and early teenage years. Symptoms include:

DIAGNOSIS AND CHANCE OF SURVIVAL
It is advisable to seek medical attention if you notice any muscular weakness combined with clumsiness and falling for no apparent reason. Since there are different groups of muscular dystrophy which affects different muscle type, diagnosis would be based on the results of various tests carried out. Such tests are;

WHAT IS THE CURE?
There is currently no cure for muscular dystrophy, though various researches are being done to find a cure but there are different therapies and treatments which could help manage the symptoms. They include:

Post Views: 283
Tags:muscleOsteopetrosisosteoporosis
previousSTOMACH CANCER: See why you should not joke with ULCER.
nextCAN A NEWBORN HAVE SYPHILIS?
Home
Blog Home
Browse Categories
Talk to a Doctor