TREATMENT OPTIONS FOR MY INVERTED NIPPLES 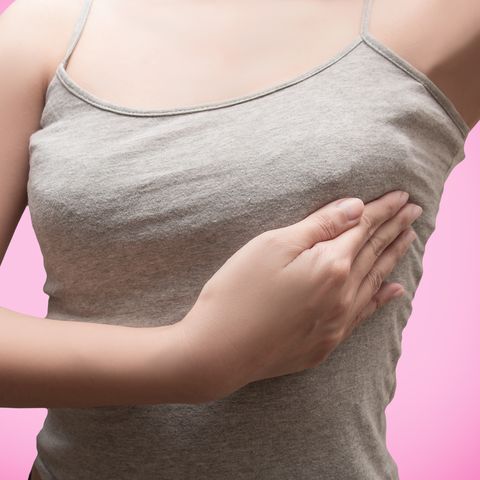 Before considering treatment options, it is important to know the cause especially if you previously had normal nipples which suddenly became inverted with or without associated symptoms like pain, nipple discharge or a breast mass. If you fall in this category you need to visit your doctor immediately. If your nipples have been inverted since childhood then the following treatment options are for you. 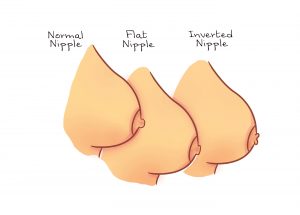 The grade of inversion and plans to breastfeed determines the treatment choice.

The Grade 1 nipple inversion can be corrected with manual methods. For Grade 2 and 3 inversion, it is best that a doctor advises you on what correction method is suitable for you.

A temporary solution you can do on your own is the Hoffman technique.

To carry out the Hoffman technique:

This technique initially makes the nipple protrude for a short time, but constant repetition weakens the adhesion at the base of the nipple that makes it inverted, helping your nipples attain their normal position. 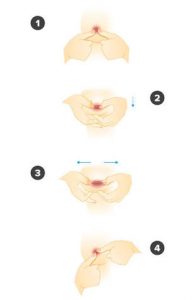 Sucking on the nipple during sex encourages the nipple to protrude. Encourage your partner to be gentle and avoid causing the nipples pain.

Rolling your nipple between the thumb and forefinger frequently.

Regularly pull on the nipple gently to keep it erect. You can also apply a wet towel with cold water after pulling it out to stimulate it more.

THE USE OF DEVICES

These are non-invasive techniques that aid correction of inverted nipples. The devices stimulate the nipple and making it protrude by pulling it into a small cup. They come in the form of nipple extractors, shells, cups, nipple retractors.

They help to loosen the nipple tissue and aid erect nipples for an extended period when used consistently.

The use of breast shells

Breast shells are circular discs with a small hole in the middle that helps to push the nipple out by applying gentle pressure to your nipple. They are usually worn underneath your bra.

You can position your nipple through the small hole when putting it on. If it causes any adverse reaction, report to your doctor immediately.

The Use of Inverted Syringe

The nipple is pulled out with the aid of a 10mls syringe. Although the size of the syringe used may vary depending on your nipple size.

The end of the syringe is cut off where it reads 0ml with the aid of a clean sharp scissors. Then the plunger is removed and reinserted at the end that was cut off, and pushed all the way in. The uncut end is placed over your nipple and pulled out with the plunger. This will cause your nipple to protrude.

Reduce the pull when it becomes uncomfortable. Before removing the syringe, the plunger should be pushed slightly back in to release pressure on your nipples.

There are some medical devices that operate with this principle. 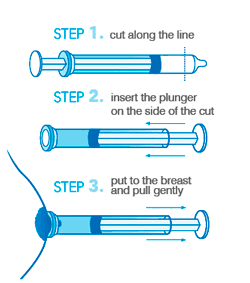 This device pulls the nipple for a long period and elongates the milk ducts.

The invasive methods include:

This corrective surgery is carried out by the doctor to pull out your nipples to make it protrude.

This involves the insertion of rings on the nipples after making it protrude manually. The rings inserted makes it impossible for the nipples to retract.

This is also carried out by the doctor.

WHAT HAPPENED TO MY NIPPLES!

Ezike Nonye is a Pharmacist who completed her Bachelor degree from University of Lagos (B.Pharm). She is currently exploring digital marketing analytics as a novel field in Pharmacy practice while also interning at the Federal Medical Center (FMC) Abeokuta, Ogun State, Nigeria. She is a graphic designer, a blogger and an entrepreneur. She is passionate about creating new things from nature and believes that there is no limitation to what you can achieve. She is a Christian and loves writing and open to new ideas and skills.