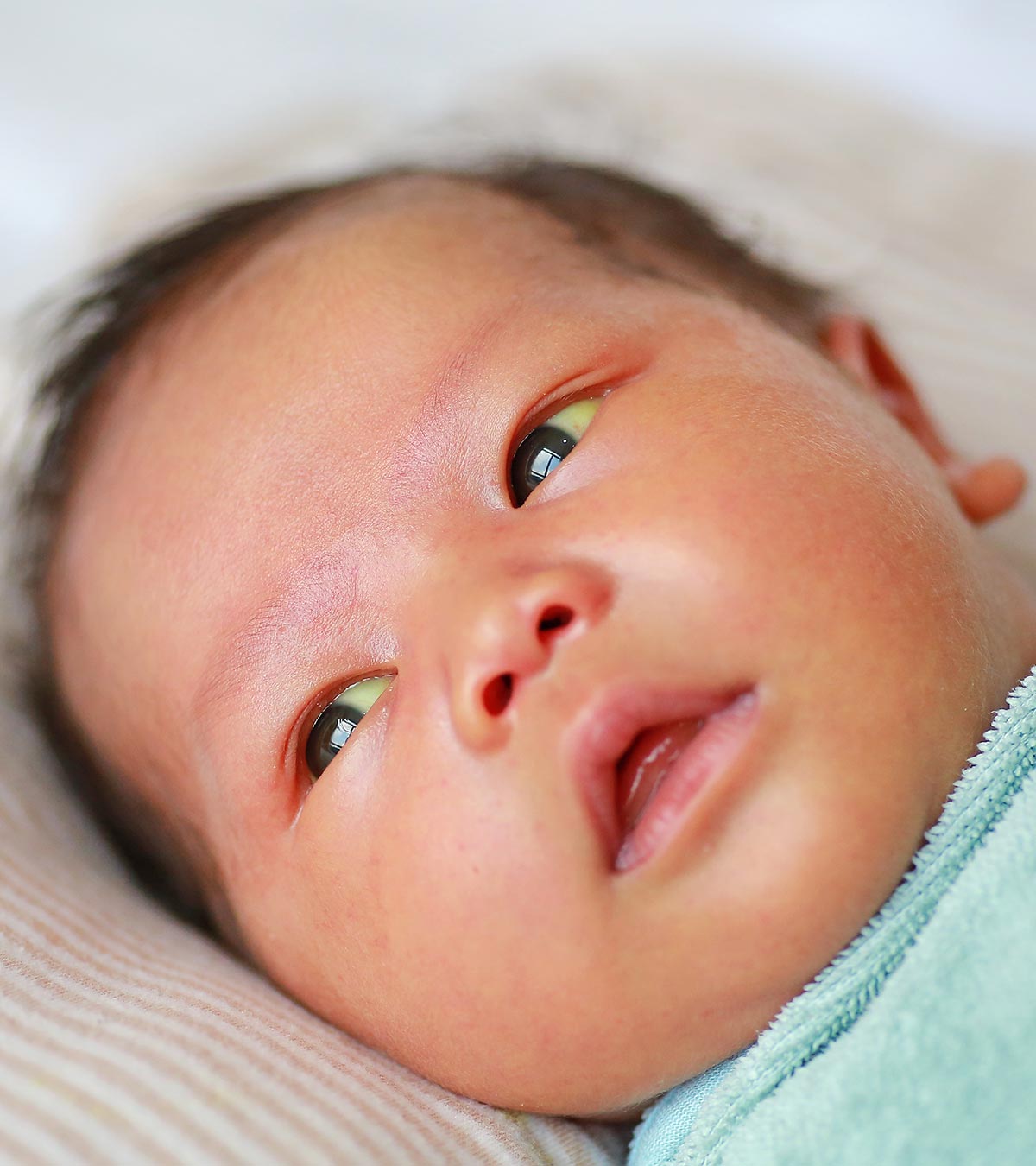 Lily’s Mum had noticed that Lily’s poop had never really been like other kids of hers. It had always been pale with a lot of grease and fat.

Apart from that, her diapers were usually stained with a somewhat dark colour whenever she urinated. And the yellowness of her eyes had never really cleared since she was born. Lily is now 7 weeks old. All other children of hers namely, Tessy and Billy with their ages 4 and 2 respectively had a similar yellowish tinge of the eyes. This did they experience till their 3rd week of life.

When Lily was then admitted to the hospital, the doctor after a close examination told the mum that the yellowness of eyes she began to show on her 2nd day of life was physiological. This suggested that the novel eye colour was nothing to worry about.

After some time, she needed to make a revisit to the hospital as the yellowness of the eyes persisted coupled with the associated symptoms Lily was having. At the hospital, the doctor informed her after conducting several investigations that her baby was suffering from a disease condition called BILIARY ATRESIA.

Lily could be one from twelve thousand babies born with biliary atresia, a disease condition which is caused by failure of adequate development of the biliary tree resulting in a discontinuity of the tract. It is this tract that helps to transport a pigment containing fluid called bile from the liver to the small intestine.

Bile is important because it helps in digesting fatty substances (food) and absorption of certain vitamins (Vitamins A,D,E, &K). Once bile is produced in the liver, it is transported along certain channels to be stored in the gall bladder before it is released into intestines via another set of channels when digestion of fat occurs. In children with biliary atresia, these channels are poorly developed. Thus, bile cannot be transported to where it is needed. There is a resultant build-up of the bile pigment which then makes yellowish discolouration of the eyes and skin come to the surface.

The condition starts off in most children at birth and manifests by infancy, especially in the neonatal period. If not treated by age 3, liver failure can occur.

WHAT CAUSES THIS?
The exact cause of this condition is not known.

SYMPTOMS OF BILIARY ATRESIA
These features usually appear in the first week of life
Jaundice (yellowish discoloration of the eyes, skin) at birth: This is usually present in 30% of babies with biliary atresia. The discoloration progressively deepens unlike other causes of jaundice where the discoloration lightens.
Pale, fatty (greasy-looking) stools usually after the first week of life.
Dark-coloured urine
Rickets, which manifests as knocked knees, bow-legs and so on. This happens due to failure of absorption of vitamin D
Itching (Pruritus)
Abdominal swelling from a firm and enlarged liver. See the image below.
An irritable infant
Weight loss

DIAGNOSIS
As jaundice is a symptom of many other conditions, several tests have to be done to rule out other possible causes.
Blood tests: This is done to check for abnormalities in liver function.
Ultrasound scans: An abdominal ultrasound scan can help visualize the biliary tree and note any dilation which could suggest an atresia or obstruction to the normal flow of bile.
Diagnostic Surgery: This confirms the presence of biliary atresia.
Operative Cholangiogram: In this test (which is done at surgery), a dye is injected into the gall bladder and x-rays are used to check if the dye flows through the ductal pathways into the intestines.

TREATMENT
The treatment for biliary atresia is surgical as it cannot be corrected with medications. The procedure is known as the Kasai Procedure or Hepatoportoenterostomy. In this procedure, the surgeon will remove the diseased ducts (pipes) that are outside the liver and search for smaller ducts that are still functioning and can drain bile. This is then attached to a portion of intestines.
Most babies will require a long term hospital stay (at least 7-10 days) and antibiotics therapy together with certain medications that will help improve bile flow and success of surgery.

LONG-TERM OUTCOME
Chances of achieving effective bile drainage after Kasai procedure are maximal when the operation is done before the age of 8 weeks of age. Thus, early referral for surgery is critical. In a third of patients, the procedure is successful. In another third, it is initially successful, but later patients go on for a liver transplantation. In the last third, the procedure does not help matters. So, liver transplantation should be considered.