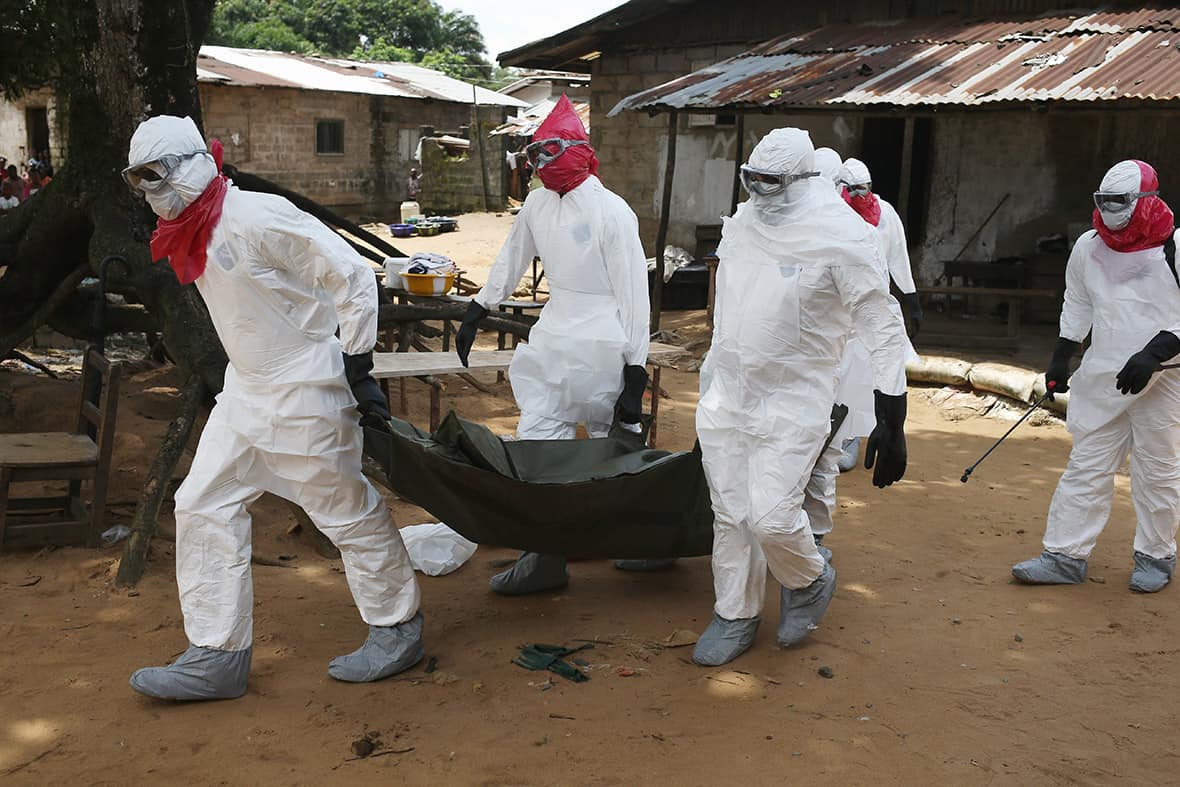 By the time Kambale Kombi Vianey arrived at the Ebola Treatment Centre (ETC) in Beni in the Democratic Republic of the Congo in late November, he was at death’s door. In the week since falling ill, he’d initially been misdiagnosed with malaria and typhoid, and then a traditional healer told him he’d been poisoned.

The fourth health worker he consulted took one look at him and told him to go straight to the ETC.

“I didn’t want to go,” says Mr Kambale, 30, a secondary school mathematics teacher. “But I had no fight left in me.”

He spent the night at the Médecins Sans Frontières (MSF)-run transit facility, where patients stay until Ebola is confirmed or ruled out. The following afternoon he got back his result: he tested positive for Ebola.

“I couldn’t breathe,” says Mr Kambale, remembering the moment he was told the news. “I thought: ‘I’ve just been handed a death sentence; I’m going to die.’”

There is no cure for Ebola and the mortality rate in this outbreak is about 60%. However, there is new cause for hope.

Since the start of this current outbreak in August 2018 – the tenth to hit the DRC since Ebola was discovered in 1976 – patients have had access to one of four investigational treatments on a compassionate basis. These drugs – mAb 114, Remdesivir, Zmapp and REGN-EB3 – were offered under an ethical framework developed by the World Health Organization known as the Monitored Emergency Use of Unregistered Interventions (MEURI) protocol. By 1 January, 248 patients had received one of these four drugs. While some patients seemed to improve, there was no scientific evaluation of the efficacy and safety of these drugs.

So, on 24 November, the DRC’s Ministry of Public Health announced the start of a randomized control trial (RCT).  WHO is coordinating the trial which is led and funded by the DRC’s Institut National de Recherche Biomédicale (INRB) and the National Institutes of Health (NIH), a part of the US Department of Health and Human Services. Other partners are MSF and ALIMA.

“This is the first multi-drug trial for Ebola treatments, and the rigorous collection and analysis of data is expected to deliver clarity about which drug works best,” says Dr Janet Diaz, WHO’s team lead for clinical management of emerging infectious diseases and, in this current outbreak, the team lead for care of patients with Ebola. “This will ultimately save lives in future outbreaks – either in the DRC or in other countries.”

For now, mAb 114 and Remdesivir are being evaluated against Zmapp, the control arm. REGN-EB3 will be added to the trial in due course. Optimal supportive care is also provided to all patients.

Mr Kambale was one of the first patients to be admitted to the trial.

Fading fast, he was admitted to the ETC by the doctors from ALIMA, the health NGO that runs the facility. After the medical staff explained to him the details of the trial, they asked if he would be willing to participate and he was quick to give his consent.

“Our objective now is to discover among these treatments which is the most effective,” says Dr Camara Alseny Modet, the ALIMA doctor who was in charge of running the Beni ETC and is now a trial coordinator. As of 6 January, 44 patients have been enrolled in the trial at the Beni ETC. Patients at other ETCs, for example in Butembo, will soon also have the opportunity to be part of the trial.

It is unlikely that the study will reach its target enrolment number of 336 patients during this outbreak. So under the protocol, the trial is permitted to cover multiple outbreaks in multiple countries over a period of 5 years.

When a patient consents to be part of the trial, the pharmacy team at the Beni ETC selects a sealed envelope sent from INRB in Kinshasa telling them which drug to administer. In this way the trial is randomized.

While the trial is important, health workers nevertheless remain clear that their top priority in this outbreak is looking after sick patients and ensuring they have the best care possible.

Running a clinical trial is a complex business at the best of times. But in Beni it is being conducted during an emergency in an active conflict zone where elections are also taking place.

“Security is a big challenge,” says Prof Sabue Mulangu, Ebola research coordinator at the INRB. “Sometimes we have to stop our work early because security is not good and staff have to respect curfews. We really try to minimize this but it’s not easy, I can tell you.”

Having come through Ebola, and well on his way to recovery, Mr Kambale had only good words for his doctors, praising their dedication in caring for him and their courage. As his condition improved, he was moved from intensive care to the convalescence ward. After five days there he was given the all-clear and allowed to go home.

Now he is back in the ETC – this time helping to care for other sick patients.

“People in this community helped me and now it’s my turn to give back,” he explains.  “This is not one person’s story, it affects us all. Those who don’t believe that Ebola exists are mistaken.”

He reflects that it’s not easy being part of this trial because Ebola is not a disease that anyone would want to catch – but he is also able to strike a note of optimism.

“Maybe in this way, I can convince other people in my town that there is a treatment available for Ebola and that they can get better. And if they feel ill, the should go straight to the ETC.”